Difference between revisions of "2016/Unconference" 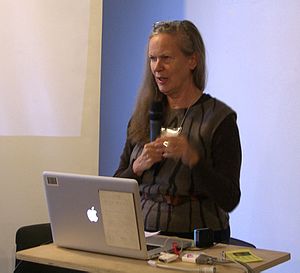 This could be you giving a "Lightning Talk" ; from Wikipedia Day NYC.

Add your 5-minute lightning talk topic you can personally present as part of the unconference, about wiki topics or anything Free Culture-related. (actual schedule for lightning talks will be determined the day of). Last-minute entries always accepted! For examples, see the range of ideas in 2014's lightning talks. The schedule of the conference is still being organized and we will try to facilitate as many of these suggestions as possible.

Please sign up here, and include your lightning talk topic.

These are planned for either Sunday morning or evenings, after the formal schedule has concluded.