The Great Encyclopedia Adventure, colloquially known as "Game Night", is a loose overarching role-playing game for Sunday night at WikiConference North America 2019, and a utopic sequel to the Post-Information Masquerade of Friday evening.

Following a disastrous decision by the WMF to offer an Initial Coin Offering in 2030, the encyclopedia has been effectively broken up, and the players can engage in any of a variety of mini-games to gather enough "wikicoin" together to re-found a unified Wikipedia. 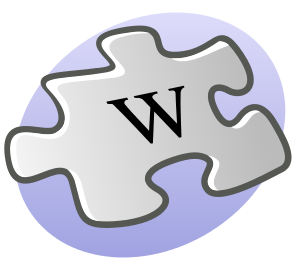 There are 42 "wikicoin" in the symbolic form of plastic puzzle tokens. A combination of players can connect 5 matching wikicoin to build up a pillar in the image of an Ionic column, which will represent a mutually agreed pillar card from the deck of novel policy suggestions, or by a custom written card. 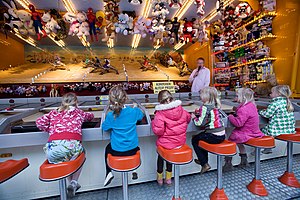 A variety of mini-games, including regular and wiki-specialized board games, scavenger hunts, talent shows, etc. Each mini-game is administered by one of the "Last Admins" who in the present dark ages have been entrusted with a handful of wikicoin to distribute to winners. 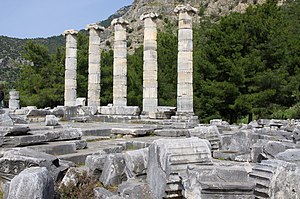 The community's goal is to build up "new pillars" for Wikipedia, and each pillar team will nominate a "new co-founder" to manage their platform. At the end of the evening, the various co-founders will have the authority to re-found Wikipedia if they can agree on a "second Five Pillars" to complement the original set, with the wording of each pillar subject to negotiation among them.